Notre Dame Fire Is Out, But Damage Is Severe [UPDATES] 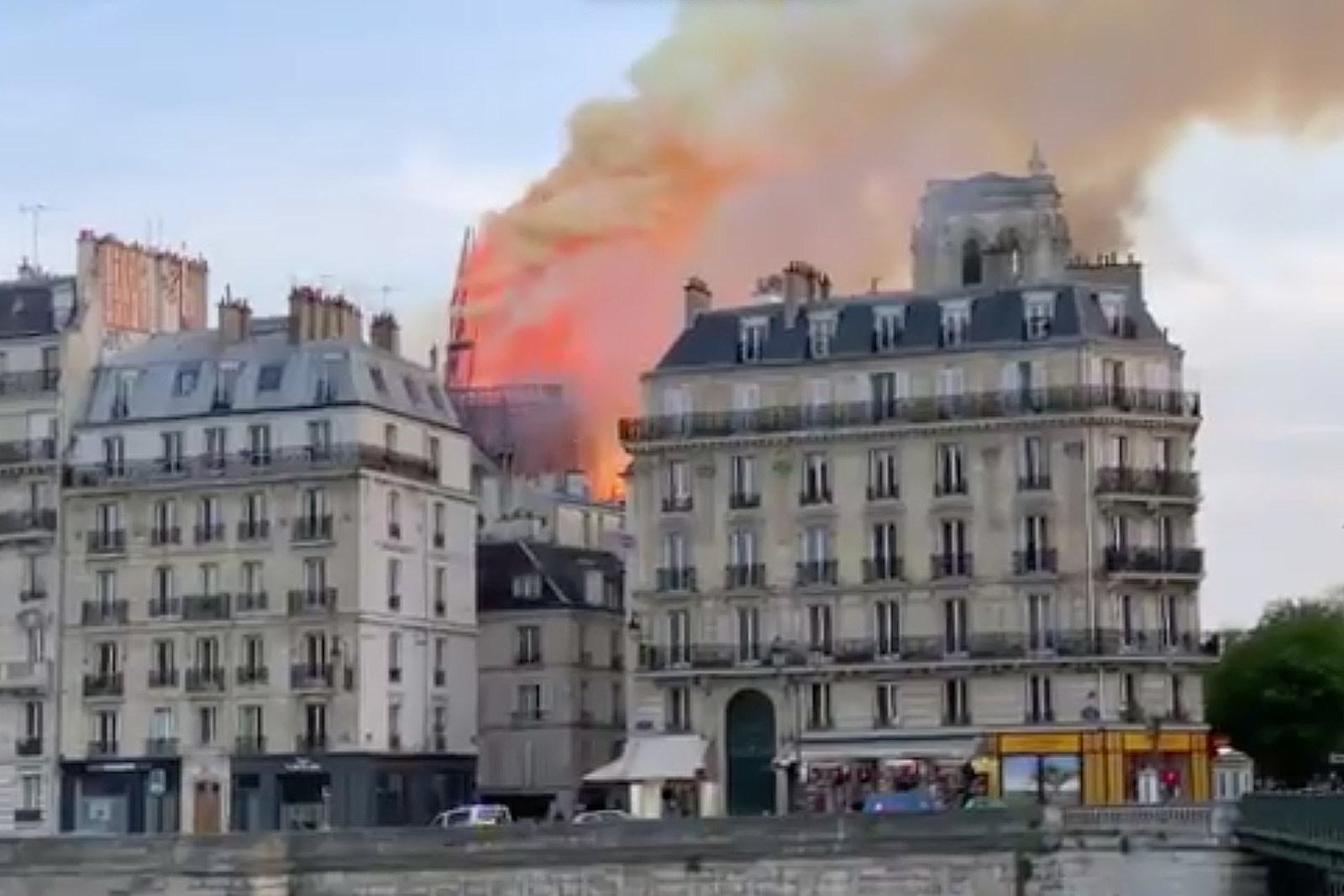 (Monday afternoon; EST) Emergency crews are working to extinguish a fire at the world-famous Notre Dame Cathedral in Paris, according to reports.

The BBC speculates that the fire may be related to recent and ongoing renovation work at the over 750-year-old medieval landmark.

A spokesperson for the cathedral told the New York Times that the cathedral was evacuated immediately after a fire alarm sounded at 6:30 p.m. local time.

No injuries or deaths have been reported as of this writing.

Before the news breaks, the Notre Dame is on fire. pic.twitter.com/fhSNcznCG2

Onlookers were filmed singing hymns while the building burned.

PHOTOS FROM THE SCENE:

This is a breaking news brief. Check back for further updates.

Best of the Web

Welcome back to VIP Club

It appears that you already have an account created within our VIP network of sites on . To keep your personal information safe, we need to verify that it's really you. To activate your account, please confirm your password. When you have confirmed your password, you will be able to log in through Facebook on both sites.

*Please note that your prizes and activities will not be shared between programs within our VIP network.

Welcome back to VIP Club

It appears that you already have an account on this site associated with . To connect your existing account just click on the account activation button below. You will maintain your existing VIP profile. After you do this, you will be able to always log in to http://cnynews.com using your original account information.

*Please note that your prizes and activities will not be shared between programs within our VIP network.

Please fill out the information below to help us provide you a better experience.

VIP Club brought to you by:

VIP Club brought to you by:

Sign up to have exclusive VIP Club contests, events, coupons, presales, and much more delivered to you for FREE.
Like Us on Facebook
VIP Club brought to you by:

Thank you for your request.